Wifi Hacking Apps: – Wi-Fi(Wireless Fidelity) is the best way to use internet wherever you go. But not in most of cases, where you don’t know the password of nearby wifi. Here we have a list of best wifi hacking apps for android.

We have lots of apps on Play Store for our android smart phone to hack wifi. But some apps don’t work and other apps are paid. So it’s hard to come up with best wifi hacking apps for android that actually works with your smart phone and situation.

Most of the apps in our list work for rooted android smart phones only, as rooting opens up various new features to your smart phone.

So lets have a look at best wifi hacking apps for android. 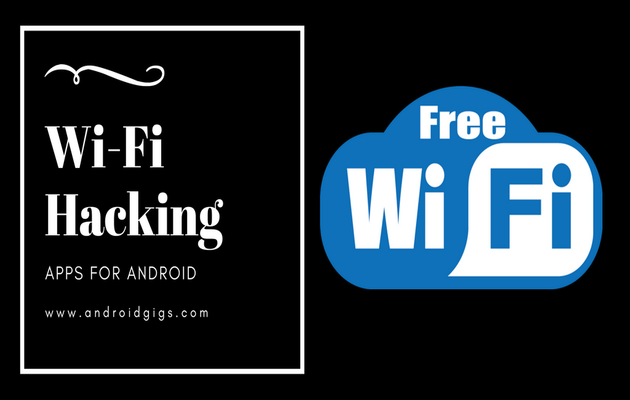 WPS WPA Tester works in rooted android smart phones but this app one of the best app to hack into wifi networks. This app targets some WPS routers with some known vulnerabilities. It’s very easy to use. This app gives best results mostly. This app also has a pro version with various great features.

Another most popular wps wifi password cracker app is WPS Connect. I tried this app and found perfectly working. This app’s interface is too easy, all you need to do is just search for wifi networks of your area in this app and click on connect button. You can also disable internet of other users on the same wifi network. WPS Connect works with almost all WPS routers.

Most of the times you face low internet speed issue over wifi network, but not for long. Meet this app. Using WiFi Kill app you can kick out other users from wifi network or we can say that you can disable their internet connection over wifi network. You can simply cut off the connection to wifi with just a click.

Utorrent For Android and PC

AndrodDumper is another WPS wifi router password cracker. Whenever you have a WPS wifi router in your phone’s range it will give you a push notification about it. Then you can use this app against that wps router to hack password using custom pins. This app also takes advantage of wps vulnerabilities in router.

This app gives various utilities and abilities to perform useful tasks against your victim over network like tracking and even manipulating the mac address of victim’s device. You can monitor and sniff network using this app. It is very useful for network security professionals and ethical hackers. Obviously you need to root your smartphone to use this app.

You should try this app once if you want to, because this app has various cool and useful features.

Aircrack-ng is a popular wifi penetration testing framework. Now, it is available for android too. You can use this tool to penetrate and evaluate security of your wifi network. This is one of the most trusted and accurate tool for hackers. But you need to find a compatible wifi chipset that supports monitor mode. Ohh! Haan!! You need to root your smartphone too in order to run this tool.

So, it is a list of some best wifi hacking apps for android that you can use easily by rooting your smart phone.