How to DDoS an IP:- DoS or DDoS is a hacking technique used to shut down or slow down any website or any system over the network. In this post, we will learn how to ddos an ip or any website.

Before starting how to DDoS an ip process, I want you guys to have an understanding of DoS and DDoS. Let’s learn basic terminology about these two terms.

DoS stands for Denial of Service. As its name tells us, hackers use this technique to deny legitimate users to access to their service like the server, by shutting it down or making it really slow.

Learn How To View And Manage Passwords in Chrome

We can also call DoS, Ping of Death. Now, let’s understand the basic working of DoS and DDoS.

How DoS and DDoS Works??

In DoS or DDoS, hackers hit the target with too many requests or more than the server’s capacity to handle the request which results in the server failing down to respond to all requests.

Thus it makes the targeted system or server extremely slow and then it would not be able to serve resources to its legitimate users.

To carry out DDoS attack we need botnet (a network of compromised systems), of course, I don’t have that. DDos is mostly needed for bigger targets.

Since we are learning the stuff. We will only see how to DoS.

There are various tools and software available out there that you can use to DoS an IP. But we are going to learn about only one; LOIC. 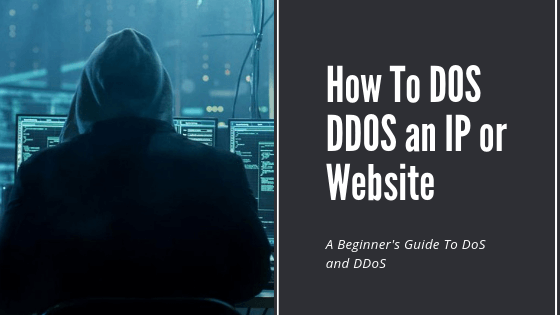 How to DDoS an IP or Any Website Using LOIC

LOIC (stands for Low Orbit Ion Canon) is an open source denial of service application written in C#. Let’s see how we can carry out dos using LOIC.

I recommend you to practice this only on virtual machines environment. I have written about how to set up a hacking lab using virtual box to test your hacking skills.

Step 1- First of all. disable your Antivirus because your antivirus will detect and delete the tool as soon as you will download it into your system.

Step 2- LOIC’s interface is quite easy and clean. Enter the IP in IP Address or website address in the URL field and click on the lock-on button. 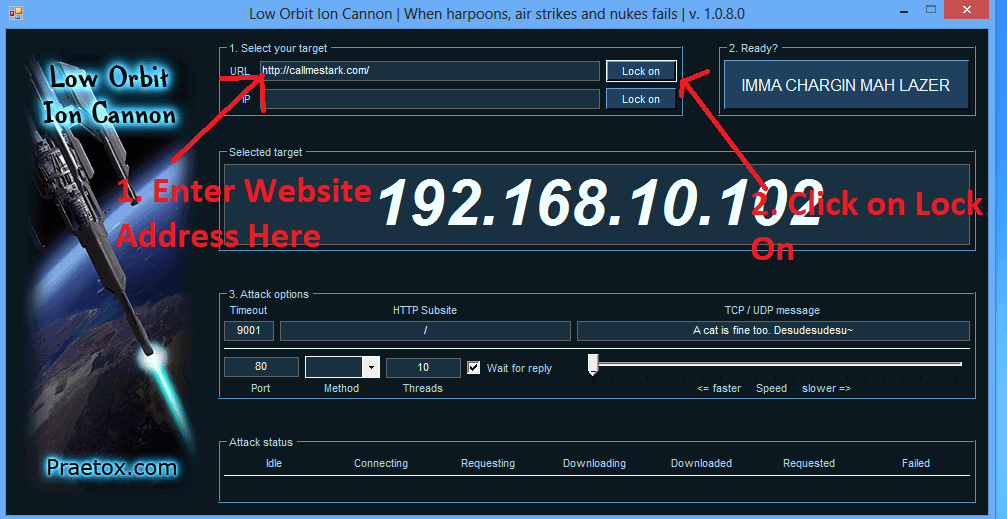 You can also manage which types of packages (TCP, UDP or HTTP) you want to send.

And it will start sending out the requests. 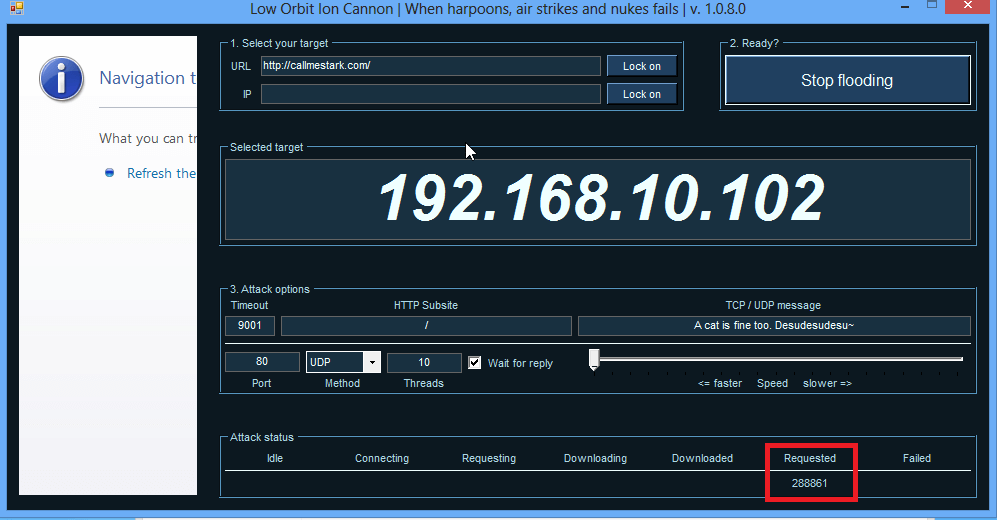 Now when you browse the website you will see that site is taking a long time to respond to your request.

The success of the DoS attack depends upon the bandwidth of your network and target server. The more bandwidth you have the more it will affect (slow down or shut down the target); and if your targeted server’s capacity is low, you can even manage to shut its services down properly.

It is a list of best DoS and DDoS tools and software that you can use.

Note:- Remember my friend, these tools sometimes contains harmful virus and RATs, so be careful. That’s why I am again telling you to use virtual machines.

That was all about how to ddos an ip. In our upcoming tutorials, we will learn about botnets and other ethical hacking topics.