If you’re playing a game, the last thing you want is lag, interference, or even worse, the game to crash on you altogether. It’s essential to take a deeper look into the settings to make sure that you’re playing with the best specs possible, and thus getting the smoothest (yet most satisfying) gameplay experience. 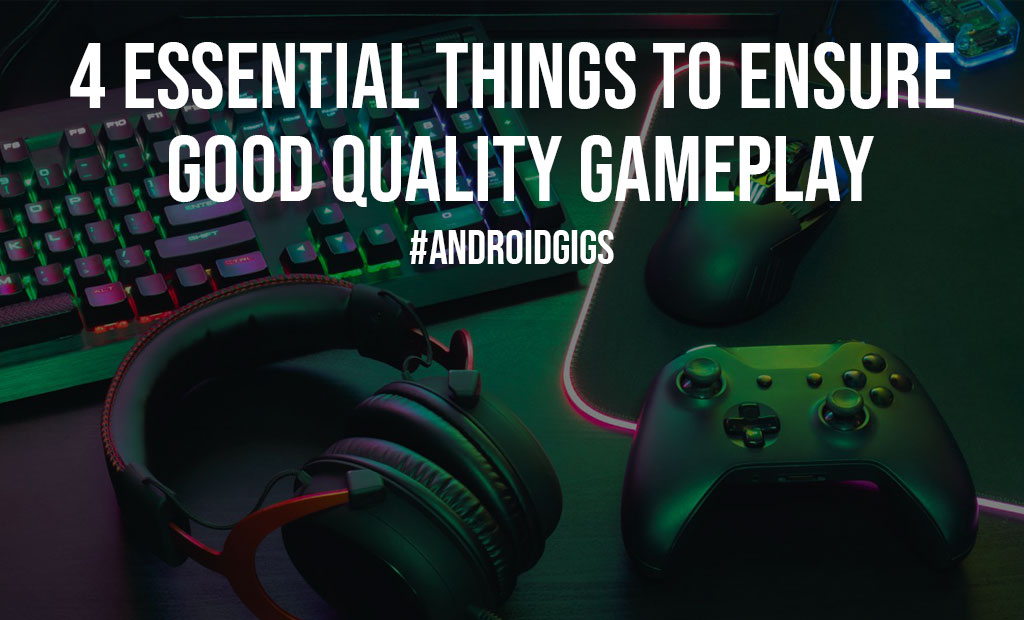 Here are the four most important things to look for.

It’s worth noting that if this is the case, you’ll want to make sure you set your frames per second to sixty, not any higher. This is because setting it higher can put more demand on your PC than it’s capable of, and risk putting it under too much stress, giving you lag.

Resolution is another key factor in the way your game looks. You want to make sure you get it just right – too low a resolution, and your game will look bulky and stodgy (and you may even be able to see the pixels, which unless you’re playing a pixel game, is not ideal!). Too high, however, and your computer will struggle to load in the setting of games, and you’ll find yourself frustrated over constant freezing.

The solution to this is really down to your computer and what it’s capable of. If you’re looking for the best of the best, it’s a good idea to use 32 inch gaming monitors that are capable of running much higher resolutions.

This way, you’ll have the ultimate experience. If that’s for a later day, however, check with your monitor model – this should tell you all you need to know about the monitor’s resolution and how high you should be able to go.

One of the simplest and yet most overlooked problems that can cause lag and other related issues is a bad internet connection. This can cause problems with not only the smoothness of your game but also how you can access and interact with it.

The biggest situation where your internet connection will cause problems is when you’re playing multiplayer games. A bad internet connection can cause you to lag in-game, making it difficult to interact with the other players and even the setting and world, meaning you won’t be able to play properly.

It may also mean you can’t connect in the first place, or find yourself consistently disconnected – a very frustrating experience, especially if you’re in the middle of a major event.

It can also mean though that downloading games and their updates take a very long time. After a long day, when you just want to chill out and have some fun, waiting hours for a minor update is the last thing you want to do, especially if your internet connection keeps pausing it.

Having a good internet connection is essential in not only smooth gameplay but fast response times too.

RAM is another essential thing to consider when PC gaming. This is especially useful if you’ve built your own PC, as you can adjust this with relative ease and efficiency, however it’s not impossible to deal with if you haven’t. Simply ask in-store about the RAM, check online, or even ask someone to replace the part for you.

There are several things RAM can help you with that are worth considering. The biggest thing is speed – you want to be able to interact quickly, especially if you’re playing games that require quick reflexes.

You especially don’t want to be waiting forever for things to load. You can also find low latency with a good amount of RAM, meaning there’s less delay processing computer data – again, you’ll have much quicker interactions, especially online.

The optimal size of RAM is usually 16GB or 32GB. 16GB will come cheaper and will do most of the job well, especially in comparison to lower amounts. However, if you’re playing games that need a lot of resources and memory, 32GB is a must to ensure that you don’t ask too much of your PC.

Once you’ve considered these four things, you should never have to worry about poor speed, lag, crashing, or any other difficulty with games again. Have fun gaming!